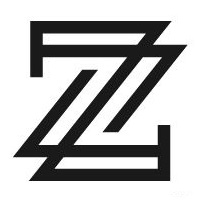 Droupadi Murmu’s sister-in-law is carrying a Santali saree for the president-elect which is worn by Santali women on special occasions. But she can only hope Murmu to wear the saree on Monday at the oath-taking ceremony as the dress will be decided by the Rashtrapati Bhavan.

When President-elect Droupadi Murmu will take the oath of office in Delhi on Monday, she may wear a traditional Santali saree. Sukri Tudu, her sister-in-law, is traveling to Delhi with a special saree worn by Santal women in Eastern India.

The saree is a special one with Santali women wear on some special occasions. It is vertically symmetric and has both ends designed with the same motifs.

On Monday, Droupadi Murmu will take the oath at the central hall of Parliament at 10.15am followed by a 21 gun salute. Then the president will deliver an address.

Sukri and her husband Tarinisen Tudu left for the national capital on Saturday to attend the swearing-in event that would take place at the Parliament’s central hall.

“I am carrying a Santali traditional saree for ‘Didi’ (elder sister) and pray she will wear it during the oath taking. I am not sure what she will actually wear on the occasion. The Rashtrapati Bhawan will decide the dress of the new president,” Sukri said.

The Santali sarees are worn by the Santal women on special occasions and include some striped work on one end. The saree is vertically symmetrical and features identical designs on both ends.

Sukri, who along with her husband and family members, live in Uparbeda village near Rairangpur in Mayurbhanj district, said she is also carrying traditional sweet pancakes, also called ‘Arisa Pitha’ for Murmu.

Meanwhile, Murmu’s daughter Itishree, a bank officer and her husband Ganesh Hembram, have reached New Delhi and are staying with the President elect.

“Only four members of the President-elect’s family – brother, sister-in-law, daughter and son-in-law – will attend the oath taking ceremony,” said a senior BJP leader adding that essence of ‘adivasi’ culture and tradition could be reflected in the swearing in of the country’s 15th President .

Naveen Patnaik, the chief minister of Odisha and president of BJD, departed on a four-day trip to the national capital on Saturday. He is expected to attend Murmu’s ceremony.

64-year-old Murmu, who hails from a humble tribal family in the village of Uparbeda near Rairangpur, has come a long way from being a councilor to an MLA, a minister, and the governor of Jharkhand to being chosen as the next President of India.

Your Cart is Empty